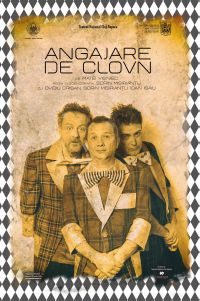 Back
A HELL OF A MESS!

"All my plays have their origin in two fundamental states of consciousness: sometimes one, sometimes the other is predominant, and sometimes they are combined. These basic states of consciousness represent the awareness of evanescence and of solidity, of emptiness and too much presence, of the unreal transparency of the world and its opacity, of light and of thick darkness. [...] The fact of being astonishes us, in a world that now seems all illusion and pretense, in which all human behavior tells of absurdity and all history of absolute futility; all reality and all language appear to lose their articulation, to disintegrate and collapse, so what possible reaction is there left, when everything has ceased to matter, but to laugh at it all?"